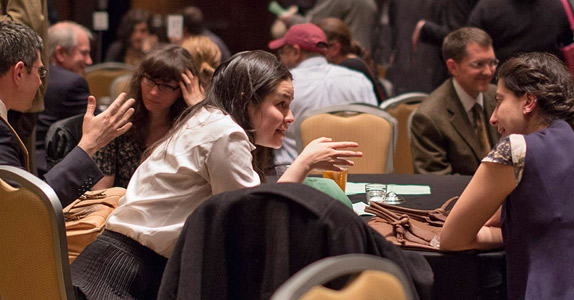 I was just about to start writing this text when my 6-year old son came to my desk, with a sulking face, and asked that I hug him and spend some time with him. (I had been sneaking away from the indoors playground, trying to catch up with my work, for several good hours…)

[A thousand hugs later.] The other day I was impressed by a short video recently distributed on Facebook where a company of dancers cry out their frustration with the impossibility of carrying out their profession in isolation. Dancers need space, the kind of space that allows movement to unfold itself, and they need their bodies to occupy that space. They also need one another, as they do the whole crew that make performance possible. In the video, they humorously express their plight by showing us their bodies initiating the promise of movements only to be cut short, painfully, by the doors and walls and tables of their apartments.

Here I want to write about scholars – academics, teachers and researchers – in this time of isolation. We are not children (well…) and we are not dancers, or actors, or any other kind of performers (although…). Our trade is ideas, arguments, approaches and methods – you know, things of the mind. You might think isolation should affect our work very little – it has not taken away our resources (many of which are online anyway), or our keyboards and desks (the instruments and places of our regular quarantine in normal times). As for communication, whether with peers or students, it might as well take place online, now and forever, since ideas travel across virtual space just as nicely as they do across the physical. In fact, online connections have made it possible for us to get in touch with more of our colleagues or students than in normal times. A blessing and a promise for a much better connected future. – Or is it? Well, it has become clear to me during these two months that we simply cannot live our professional lives online. That we, too, need physical space, and bodily presence, and interactions with our own crews. And that in the absence of these, we might become a different kind of creature, but we will no longer be the scholars we recognize ourselves to be at the moment.

Come to think of it, I’ve known this all along. I am an intellectual historian interested, among other things, in the formation of the cultural identities of scholars, and in my field the importance of the body to the life of the mind has been a topic of reflection for quite some time now. The interplay between structures of knowledge and bodily practices was an important topic in Michel Foucault’s work. Historians of science have been paying attention not only to theories and methods, but also to the embodied, localized experience of conducting scientific research. Historians of scholarship and intellectual life are now telling the story not only of ideas, but also of how their shape owes much to the types of communities, interchanges and spaces in which they emerged. We also know now a lot about various historical attitudes to caring for or governing the body as the other face of the care for and governing of the mind. Moreover, we have understood that bodies and spaces and communities go into the making of scholarly identities. To be a scientist, a historian, a philosopher, a philologist or a sociologist is not simply to be a badge hung onto a theoretical discipline, but rather to live a particular kind of life, which includes particular kinds of practices, and these practices require not only minds, but also bodies and spaces.

I’ve known this all along, but never quite felt it. Or, better say, felt it (necessarily) but never quite realized that I did. The realization has come, as realizations do, with lack. Looking back on the things I used to do as part of my professional life and no longer can, I’ve come to see  that the most meaningful moments were not those spent before my computer (even though the work on my computer should be given its due, since this is how the writing I’ve done has been produced). ‘Meaningful’ here is short for the kind of thing that reveals itself as a powerful mark of who you are, as an individual, as a professional, recognized as such by your community. Meaningful in this sense were the minutes or hours spent in the company of someone else: talking with colleagues about our work while walking through the Botanical Garden in Bucharest or the Huntington Gardens in San Marino; debating seventeenth-century philosophy by candle light in a summer school group, with the prospect of the Bran Castle in the distance; exploring early modern conceptions of the imagination with scholar-friends, in restaurants, bars or conference rooms in Leiden, Oxford or Paris; discussing Jonathan Swift or William Blake with curious, bewildered, enthusiastic or cautious students in the Pitar Moș building of the University of Bucharest. In all these cases, I can now see, the thoughts expressed mattered as much as the glances, the winks or the smiles, the tone of the voice, the tenor of the bodily posture, the very feeling of walking or sitting together.

I have no intention of arguing here for or against the opening of schools and borders at this or that date. This short text is only meant as a piece of reflection on the things that make up our scholarly lives. It seems to me that we do need physical spaces, bodies and communities in order to remain what we are, even if perhaps not to the extent or intensity that children and dancers do.