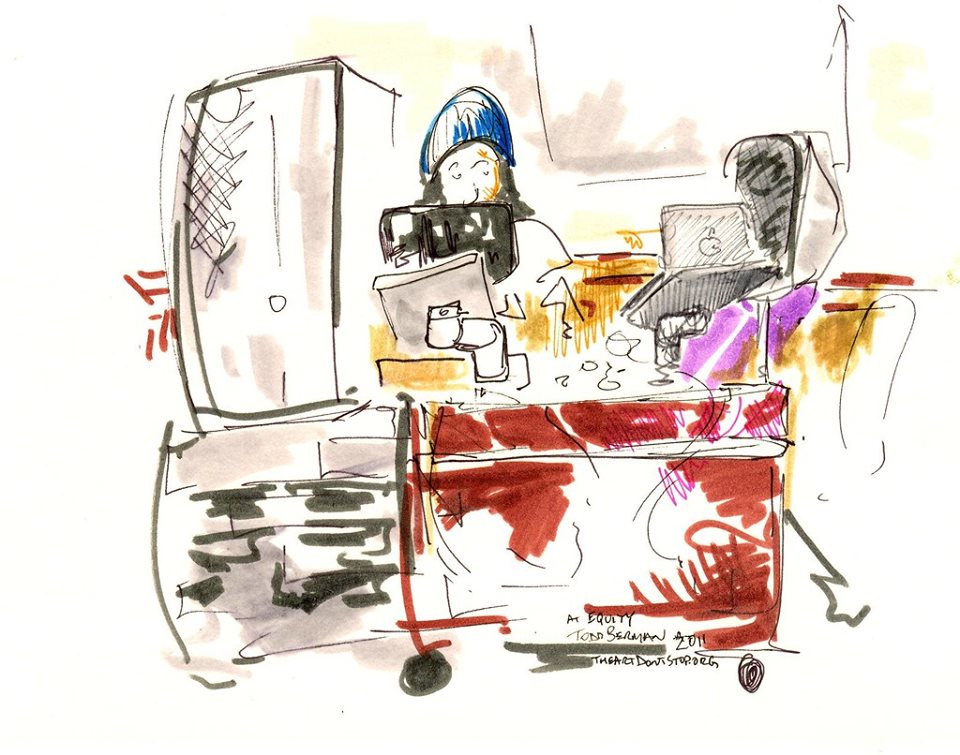 One of the fundamental concerns in cultural studies has been the question of power: how cultural practices are situated in networks and systems of power, how inequality can be reproduced or challenged through representation in the public sphere, or how social categories such as race, ethnicity, gender, class, ideology or sexual orientation are subsumed to cultural and social hierarchies. These social positions of dominance and marginality, which often serve to legitimize various forms of social and cultural exploitation and abuse, are, the field argues, constructed through various structural and symbolic processes over time. This means that they can also be subjects to deconstruction, critique and perhaps change. Ever since I was an MA student in the British Cultural Studies Programme, I have been particularly interested in unveiling power struggles and inequalities triggered by or perpetuated on the World Wide Web.

This medium was originally meant to serve as a global democratizing tool, in the sense that it was intended to create a more equitable distribution of power in societies. In political and cultural economies, this is measured by the type and amount of capital which can be gained by someone in their work and cultural practices. Of course, this communication and publishing medium was meant to supplement systems which had already been in place; however, during the current COVID-19 crisis, the digital medium has become the only place where certain types of work could be conducted, in particular in cultural and educational sectors around the world. It is therefore quite timely to dwell upon the question of power online, where a myriad of cultural producers currently concentrate most of their work.

It is safe to say that we take part in power struggles in our daily cultural practices online. These struggles encompass much more than what we see in comments sections where Internet users disagree and sometimes – ungracefully, to say the least – debate on various topics. Disagreement is actually desired in a democratic public sphere which recognizes the plurality of viewpoints and competing discourses, as critical theorists such as Jürgen Habermas or John Dryzek have consistently argued in their works. While there are definitely many forms of violence employed in such interpersonal exchanges, we can also trace a different type of online struggle, a quest for acquiring or maintaining power which is more often than not obscured by rhetorical, market or political devices meant to preserve the status quo in this medium.

The most visible results of this quest are the dominant positions occupied on the global market by Apple, Alphabet Inc. (owner of Google and YouTube), Microsoft, Amazon and Facebook.  Social media platforms in particular rely on user-generated content to increase their user base, generating revenue primarily from running ads tailored for various segments of the public. The paid advertisements target their audience by using the data collected by Facebook from users’ profiles and practices on the platform, but also from users’ access of other websites, information retained by their browsers as ‘cookies’ and made available to Facebook. Only after this policy contributed to an unfair electoral campaign in the US in 2016 did more privacy options start to be debated and made available to users; the Cambridge Analytica scandal, however, hasn’t challenged the platforms’ dominant position online. This means that a cultural worker who wishes to make their productions accessible online can no longer ‘opt out’ of Google, Facebook or YouTube if they want to reach their public.

But publishing online is not enough. Given that algorithms have an editorial role on social media, namely that they establish what type of content has priority in users’ feeds, a cultural producer must identify the strategies by which to gain the desired capital by distributing their work on the global platforms. In theory, this is the deal: users produce content feeding the platform, but in order for this to not become a form of exploitation, they must gain something in return. This is how their work is productive and not limited to leisure or other ‘unproductive’ forms of cultural participation online.

Say the cultural producer manages to digitize their work, either by filming a performance, by recording a song or a concert, or by photographing their work. If they have a large number of followers online, they can distribute their work in their social network, the extensive social capital being converted in revenue either from placing ads on their page, or from sponsorships if they manage to get their followers to support them financially via Patreon or other membership platforms. If they don’t have enough followers, they need to use the mechanisms offered by the platform: to pay for their content to be promoted as ‘sponsored content’, thus increasing their investment on the site, to pay or convince someone who does have a large public online to promote their work (such as an influencer or a cultural curator), or to send their work to the relevant communities and groups on the platform. The public on the platform will hardly ever see cultural works which don’t make use of the platforms’ editorial rules. Even then, yet another factor can jeopardize a work’s circulation online: both Facebook and YouTube reward users’ cultural consumption practices by delivering them similar content to what they’ve previously enjoyed. This leads to reproductions of taste and preferences, limiting the users’ exposure to works outside their habitual consumption patterns.

Another option for a cultural producer is to directly sell their work on subscription-based, pay-per-view or pay-per-download platforms, but this again depends on the extent to which their relation to a large user base has been established online. The costs of production, in this case, might be prohibitive for small or independent organizations; for instance, the Black Button publishing house in Romania couldn’t shift to e-book publishing during the pandemic because of the too costly software needed for tracing the number of e-book downloads.

It doesn’t seem to be much easier in the case of independent cultural organizations which do enjoy more popularity on the web. Shakespeare’s Globe theatre in London, whose Facebook page has attracted more than 220,000 likes and followers in years of online presence and continuous engagement, and whose filmed performances on YouTube  have been watched by over 2 million people around the world since March 2020, has asked for governmental subsidies in order to survive the lockdown period and theatre closures. Back in Romania, such subsidies are also available for independent cultural organizations, but through competition: the Ministry of Culture released a cultural grant program destined for online production during the pandemic, ACCES Online 2020, through which 20 independent organizations had their projects funded. One of the criteria for evaluation was to ensure the participation in the project of a ‘marking national or international cultural personality’; this condition already excludes local community-based organizations, as well as artists who have not been dominant – in terms of popularity or prestige awarded by the gatekeepers of the cultural field.

The commercial and the political

In spite of numerous structural and symbolic challenges in making one’s cultural work valued online, there are a few success stories of producers who manage to reach enough audiences as to reward their work financially. One such example has recently become more well-known beyond his usual public, through a series of filmed speeches on the state of education in Romania, published on YouTube. Selly, the vlogger who has gained over 1 million euro from YouTube and from corporate sponsors, has been producing popular videos since 2012, in which he displays and comments upon urban youth’s cultural practices. His YouTube channel has over 2.7 million subscribers, more than media companies such as TVR or Global Records have on the same platform, making him a dominant figure of the local online cultural scene. At the end of a difficult period in which the educational system had to swiftly go online, leaving an alarming number of students with no access to education, Selly gave a speech to which even present and past ministers of education responded publicly. Although more than a quarter of his peers had been deprived of a fundamental right for four months, Selly chose to criticize the educational system for many other reasons, most of which were already present in public debates (functional illiteracy) or even included in schools’ elective curricula (financial education) and official pedagogies (constructivist and student-centered methods). The burning matter caused by COVID-19 measures was put aside, in spite of a number of social and systemic problems leading up to it, including poverty and social inequality. However, given his close relation to the corporate sector, Selly adhered to and reproduced a dominating neo-liberal discourse which has been marginalizing the poor.

Did Selly help in any way the disempowered students? I would argue he didn’t. Should he have done this, from his dominant position online? Not necessarily, but this is why a plurality of producers and discourses would be useful in the digital sphere. When only few permeate the field, under- and mis-representations occur. A cultural studies perspective upon power relations online underlines the different levels of inequality which mark our social and cultural practices: of access to the field, of representation and legitimation. The extent to which such critiques can or should lead to eventual changes in the system is a subject for debate within the field. But I believe cultural critics can carefully point out social fabrics, behaviours and challenges as they are represented in our cultural texts and practices, an act of acknowledgement and critical inquiry.